Home > Changing CSA Decisions > Supercession: The Powers of the CSA to Supersede a Decision

Supercession: The Powers of the CSA to Supersede a Decision 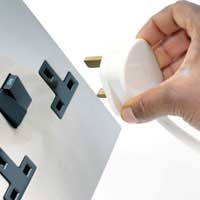 Decisions can be superseded either by way of an application to the CSA, or of the CSA’s own volition. A wide variety of decisions that are made by the CSA, JobCentre Plus, the appeals tribunal or commissioner, can be superseded. Decisions include:

Examples of decisions that are Superseded

Generally decisions can be superseded by the CSA if, since the date of the decision, there has been a material change in circumstances. This is either if the change has actually occurred already, or it is expected to occur, and it would have a significant effect on the amount of the calculation. If the changes are ‘expected’ the test is whether the change is based in fact rather than merely being something that could happen or guesswork.) Other decisions capable of supersession can occur if the CSA has received an application to vary the calculation, or if the CSA was wrong in law in the way it came to its decision. It is important to note however that decisions that the CSA makes that are capable of being revised are not capable of being superseded.

The CSA can only supercede a decision in the event that the non-resident parent’s income varies, up or down, by 5% or more. This is known as the ‘net income tolerance level.’ However, this tolerance level does not always apply: for example, in superceding decisions which relate to a non-resident parent going onto, or coming off, benefit, interim maintenance decisions, or on the outcome of a variation application, amongst others.

When Superseding Decisions Come Into Effect

The date on which a superseding decision becomes effective will depend on the circumstances of the case. In general, supersession occurs on the first day of the maintenance period when the decision was made. However, there are exceptions to this rule. Here are some examples:

What Rights Does My Ex Have With Regards to Our Children?

Employers' Legal Obligations to the CSA

When, Why and How Can a CSA Decision Be Revised?

Can You Change a CSA/CMS Decision?

CMS Decisions That Are Wrong in Law
Share Your Story, Join the Discussion or Seek Advice..
Does anyone know the law behind the HM customs and revenues web page which states the following, as judge will not acknowledge this in CSA case. CSA want to close case, judge will not allow due to Res Juticata, even though young person receives income support and tax credits for their own child. Website page says the following, what is the law regarding this please? HMRC Re1198 - Maintenance payments: Child Support Agency Assessments: When do payments under a Child Support Agency assessment end? A CSA assessment does not normally show a cessation date as it should be reviewed at regular intervals by the CSA, usually every two years. Payments will normally end when a child reaches age 16, unless they must continue to age 19 to allow the child to complete full time education (but not advanced education for a degree or similar qualification) or to age 18 if the child is registered for work or youth training but has not yet started youth training or found work which will last for more than 12 weeks after he/she reaches age 16. If the child receives Income Support in his own right he ceases to be a 'child' for the purposes of the CSA.
Mrs twiggy winkle - 18-Aug-14 @ 10:40 PM
Unhappy Fault of CSA I'm really worked up at the moment because of this set of incompetent idiots! My husband recieved a letter from the CSA today after a reassessment of his finances. He has paid £40 a month for the last 5 years for his 2 children, this was the amount the CSA told him to pay at the original assessment. My husband was never married to his partner and has fought her in court for the last 3-4 years to be able to see his daughters. We only met just over 2 years ago and got married last year, And I love his daughters to bits and they love me too . I am disabled but my benefits cannot be taken into account because Im on contribution based (I worked 32 years fulltime before I could no longer work). They put his payments up to £45 a week and was being backed dated to December last year, he rang them to find out why the arrears. My husband explained he would pay the new amount but as he only comes home with £800 a month it woud be impossible to find a £1000,00 plus. He was then imformed that even though he had paid what he was told to pay he actually owed £7,500.00 in arrears!!! And they are going to take £267 a month now which there is no way on this earth we can afford and this is down to very bad work practices of the CSA and not my husbands fault, he would have paid the correct amount if he had been told it 5 years ago. Im just wondering if anyone could help please, surely they cant demand he pays for their incompetence????. They actually told him it was his employers fault, how the hell they worked that one out I dont know. I really dont know if we can afford to stay together anymore and its heartbreaking. His ex actually had me investigated by the police and social services 3 weeks after we got married because she and her mother forced my stepdaughters to say I had assaulted them with my walking stick!!!!!!!. Thankfully the police and social services realised it was a pack of lies as the girls stories kept changing. I have a fantastic relationship with them
Fedup123 - 20-Jul-12 @ 9:50 PM
Title:
(never shown)
Firstname:
(never shown)
Surname:
(never shown)
Email:
(never shown)
Nickname:
(shown)
Comment:
Validate: