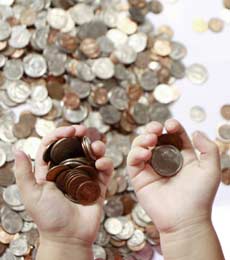 Once again the Auditor General has refused to sign off the accounts of the Child maintenance and enforcement commission. In our last blog, we were discussing CSA errors and mentioned that in fact, the same thing happened last year! The auditor's report, released yesterday noted that while some improvements had been made in the accounting procedures, there were still errors caused by "inaccurate maintenance assessments by caseworkers and incorrect processing of cases with arrears".

The Child Maintenance and Enforcement Commission (CMEC) administers statutory child maintenance schemes using the systems, processes and staff - that were transferred over from what was (and still is) generally referred to as the CSA. Later this year a shake up of the child maintenance rules and processes will see the end of the current system, but it will still be run by the CMEC (under the DWP umbrella) and we suspect may use the same IT systems and collection processes. So what's the difference? Well we know people will be charged to have their maintenance cases processed via the comission rather than via personal arrangements and we know they'll be basing the maintenance levels on a whole tax year rather than a few wage slips. But are they changing staff attitudes or IT arrangements? If so how much will that be costing the country?

Children were the reason that child support laws were put in place in the UK. Should we really be spending our money on the problems that could/should rationally be agreed by parents in order to give their kids the best help in life? Come on all you caring parents, forget your differences and agree on what's best for the children not what's best for you. Let's leave the CMEC to deal with the real 'no hope' parents who simply don't care enough to pay what's needed to bring up their own children. We do know that under the new system more parents will be encouraged to come to some agreement through mediation...let's hope it works.

It seems the problems of the beleaguered CSA are not just restricted to inefficiency and lethargy. A Plymouth CSA worker has been found filtering £1000s of CSA payments into her own bank account. Around £7000 of cash due to claimants was transferred to the personal bank account of CSA clerk Clair Jones, who was found guilty and is due to be sentenced on 23rd May. So what trust should we place in the CSA? Do they offer compensation to claimants if they get it wrong? 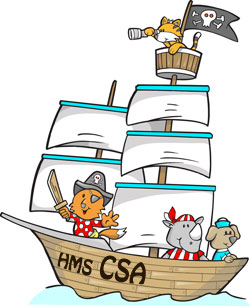 We're regularly contacted by readers citing instances where the CSA has got it badly badly wrong. There've been many high profile cases in the news too. Gavin McEwen's partner Louise left him after opening a letter addressed to Gavin from the CSA, demanding payment for a child he had supposedly fathered 3 years previously. It took over a year to clear the matter up (which was down to clerical error) - he had no connection to either the child or the child's mother! Gavin and Louise, who were later reunited, were offered a mere £100 in compensation by the CSA.

Builder Tony Brown, had already been supporting his child through an amicable arrangement with his ex-partner for 10 years, when he received a bill from the CSA for over £60,000. Tony's ex partner Vicky had never put in a claim to the CSA and was perfectly happy with the arrangement she had with Tony. At the time a spokesman for the CSA said "...we do not need a mother to make a claim, either. If she is drawing benefits then a claim will automatically be started." Obviously without bothering to check whether maintenance payments or arrangements are already in place!

Even the government's own official spending watchdog rejected the accounts of the Child Maintenance and Enforcement Commission (set up to replace the Child Support Agency) after uncovering millions of pounds of payments that had been incorrectly made and a £3.69bn backlog in uncollected debts.

Will the new arrangements being proposed by government be more successful? We're waiting and watching on that one.

Our advice if you're newly separated, is to try and come to an arrangement yourself if at all possible. Formalise it legally or through mediation and if you need to claim benefits, inform the CSA that arrangements are already in place to avoid an automatic claim being started up.

If you cannot make arrangements outside of the CSA then here's what to do if they get it wrong.

The CSA's Last Bid for Fame!

So, EastEnders star Jamie Foreman has promised to keep paying £400 a month towards his Child Support Agency debt of £51,000 for his two sons, now 22 and 20. The magistrates have warned Foreman that he faces prison if he fails to keep up payments. This high profile case seems to have injected the CSA with some uncharacterist fervour; most of your comments to us bemoan its inadequacy and lack of progress. Is this a last bid to retrieve some public dignity before its closure later this year? 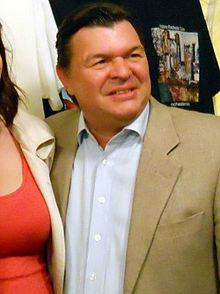 The case itself has raised a few questions with us. Firstly how has the debt got to that level in the first place? Has the CSA really been chasing him for the last 15 or so years, and if so how much has it cost the taxpayer? Finally, how did his kids survive during the time when he clearly wasn't paying? What good will it do them now? Child support is there to do just that...'support' the children as they grow up, providing them with food, clothing and a roof over their heads. Not that he shouldn't pay up now of course...

As always, your comments are welcome!

In the meantime, we've managed to uncover some more information about what may be replacing the current Child Support Agency. The new agency in charge of child support will be the "Child Maintenance and Enforcement Commission" and will come under the DWP's (department for work and pensions) umbrella. The focus of the new system will apparently be on getting parents to work together and share their financial responsibility for their children. Maintenance calculations will be based on the 'gross income' of the non-resident parent (NRP) and will be based on the latest tax year information held by HMRC. The idea being that using information from one source will help to reduce the time taken to calculate child maintenance. The amount calculated will stay the same for the duration of the tax year unless there is a change in income greater than 25%.

What's more controversial, is that certain charges will be levied. The government hopes that this will deter people from using the system where they could come to an arrangement on their own. With an upfront application charge of £100 to be paid by the applicant and a collection charge of 15% to 20%, it's not going to come cheaply.

Will this encourage more cooperation between parents? What about those errant parents who are hard to track down? It's certainly one to watch...and we will be.

CSA to close this year?

Rumours about the closure of the Child Support Agency have been flying for some time, but according several online sources, a date of July 2012 has now been set for its closure.

Details of what will happen to existing cases are not clear, but it's thought that many cases will be closed and claimants forced to re-apply and pay an application fee into the bargain. We will keep you posted on the correct details when we have them.

The Reform of the CSA

Why Child Maintenance and Enforcement is Necessary