Why Child Support Was Introduced 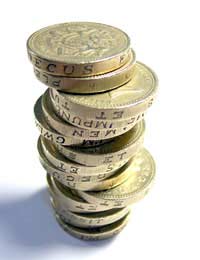 The CSA calculates how much child maintenance is due, and organises collection and transferal of these payments. Before the CSA was launched all disputes were handled in court. However, because absent parents could not be traced, the CSA was introduced to provide consistency in the assessment of payments, collection and distribution.

What Is Child Support?

Child support is the regular contribution a non-resident parent pays towards the maintenance of their child’s growth. This payment is made to the adult the child lives with, which could be a parent, grandparent or legal guardian. The amount that is paid in contribution can be mutually agreed between both parents, but in some cases this decision is handled legally.

Initially the CSA used a complex method of calculation that took into consideration the age of the child/children and parental income after subtraction of allowances. Today maintenance payments are assessed by a more simple method of working out a fixed percentage of the non-resident parent’s income.

If one or both parents receives income-related benefits all child maintenance payments received must be declared.

Why Child Support Is Necessary

The Child Support Act of 1991 was passed to allow for a regulated system of collecting child support to be established. Child Support was created to financially help and support all separated families, where one parent lives with the child/children and the other parent lives elsewhere. This form of payment is of great benefit to the parent in charge of the child’s upbringing, as it provides financial assistance with the costs of raising a family.

On separation/divorce the CSA is able to issue forms to the parents, which are later processed to calculate the payment amount due. Once an award has been made payment notices are sent to the absent parent. This usually includes a request for payment of arrears, based on the date the application for Child Support was made.

The CSA works alongside the Child Maintenance Enforcement Commission (CMEC) to collect financial contributions from absent parents. The CMEC provides administrative support to parents, which provides them with information on all the options available to them. The Commission is currently reviewing and considering various considerations, which include the removal of the need to take a non-paying non resident parent to court, in order to pursue a debt. Other proposals currently under consideration include:

Powers to confiscate passports and driving licences, and to introduce curfews and the tagging of non resident parents who fail to contribute financially.

A ‘name and shame’ programme that lists details of all non resident parents who fail to pay child support.

A charging scheme where payment is made for CMEC services.

The Reform of the CSA

Why Child Maintenance and Enforcement is Necessary
Share Your Story, Join the Discussion or Seek Advice..
[Add a Comment]
I have two children and I pay maintenance for them both, however, I also have high outgoings due to travel costs for work (£500 per month) living costs and the repayment of debts which were accrued during my time with my partner. As I understand non of these things are taken in to consideration, the CSA just look at my regular earnings and base my payments on this. Reading through your website under appeals it seems that outgoings are not taking in to consideration. Is this correct? I would also be interested to understand how the CSA have arrived at the % figure they apply! I travel abroad extensively and know that in Denmark for instance salaries are banded and payment is fixed depending on the band you are in. If I was to receive a substantial payrise for a promotion the payment would increase, even though the cost of living does not! There is no accountability on the receiving parent to prove that the maintenance is going on the child and I suspect as many others who pay do, that the child does not benefit from this but rather the resident parent. I manage my childs trust fund and despite a considerable increase in payments last time and the agreement that the excess would be paid in in 2 years I have not seen any increased payments being made! Yet I have no course of action to address this imbalance. I have no issue in making payment at all however feel the process and the calculations are flawed because at the end of the month (I have my children every weekend by the way) I cannot afford to treat them to even an ice cream. Thank you
Bemused and Confused - 26-Aug-16 @ 1:44 PM
This agency is not fit for purpose, my ex-wife took £55,000 from former marital home , earning capacity twice that of mine and my 18 yr. old daughter now works and left with £997 per month, this agency is now an adult support agency not a child. Also does she not have a right to also support the children? This may put my current family in a position of financial difficulty and my son a victim of child poverty.
loosecannon - 17-Oct-13 @ 9:39 AM
Would the csa have a claim on a lottery win, if some was used to invest in property to rent out and some invested in savings or given as gift to family/friends?
scorch - 31-Jul-12 @ 11:47 PM
After many years of separation, my 13-year-old son has asked to move in with me, leaving his 12-year-old sister at their mum's. Amazingly, and luckily for all concerned, my ex has not objected and we're working out the details now. According to old CSA rules, for parents with shared custody there's no obligation for me to pay maintenance to my ex. Does anyone know if this is still true? I'm going to apply take over child tax credits for my son, and I'm worried that my ex will kick off about her 'lost' income, and refuse to allow him to move in with me. I already have confirmation that my son's move is his decision, not his mother's, but it would be a shame for a financial problem to put a spanner in the works.
luckydad - 18-Jun-12 @ 10:37 PM
i had 2 children from a previous relationship. their father moved to portugal and ive never received anything from him. i was wondering if there is anyway of getting child support from him??
angry mum - 18-Jun-12 @ 3:55 PM
This is just another clear example of Dads being treated like criminals, there is no fair investigations into the cases of non payment and no fair stucture to what has to be paid, i have 2 children with my x wife, we have been through courts, she lied and played sweet and innocent to the courts to get residency of the kids and it wall in in the name of getting money my kids come to my home every weekend, i paid on on new beds, cloths, toys, christmas, birthdays travel, holidays, clubs, is this not the same as the mother ?? but i still have to pay her £130 a month the CSA dont take any of my expense into account.
Seals - 2-May-12 @ 11:39 AM
Title:
(never shown)
Firstname:
(never shown)
Surname:
(never shown)
Email:
(never shown)
Nickname:
(shown)
Comment:
Validate: